v0.41 is out today and we've been hard at work on making lots of visual tweaks and other improvements. We're still in the midst of the user interface (UI) overhaul that was announced previously. We're hoping to see the rest of the planned changes through in 2022. The important update for v0.41 is the new Business Info panel.

The old business info panel back in v0.40 and prior looks like this: 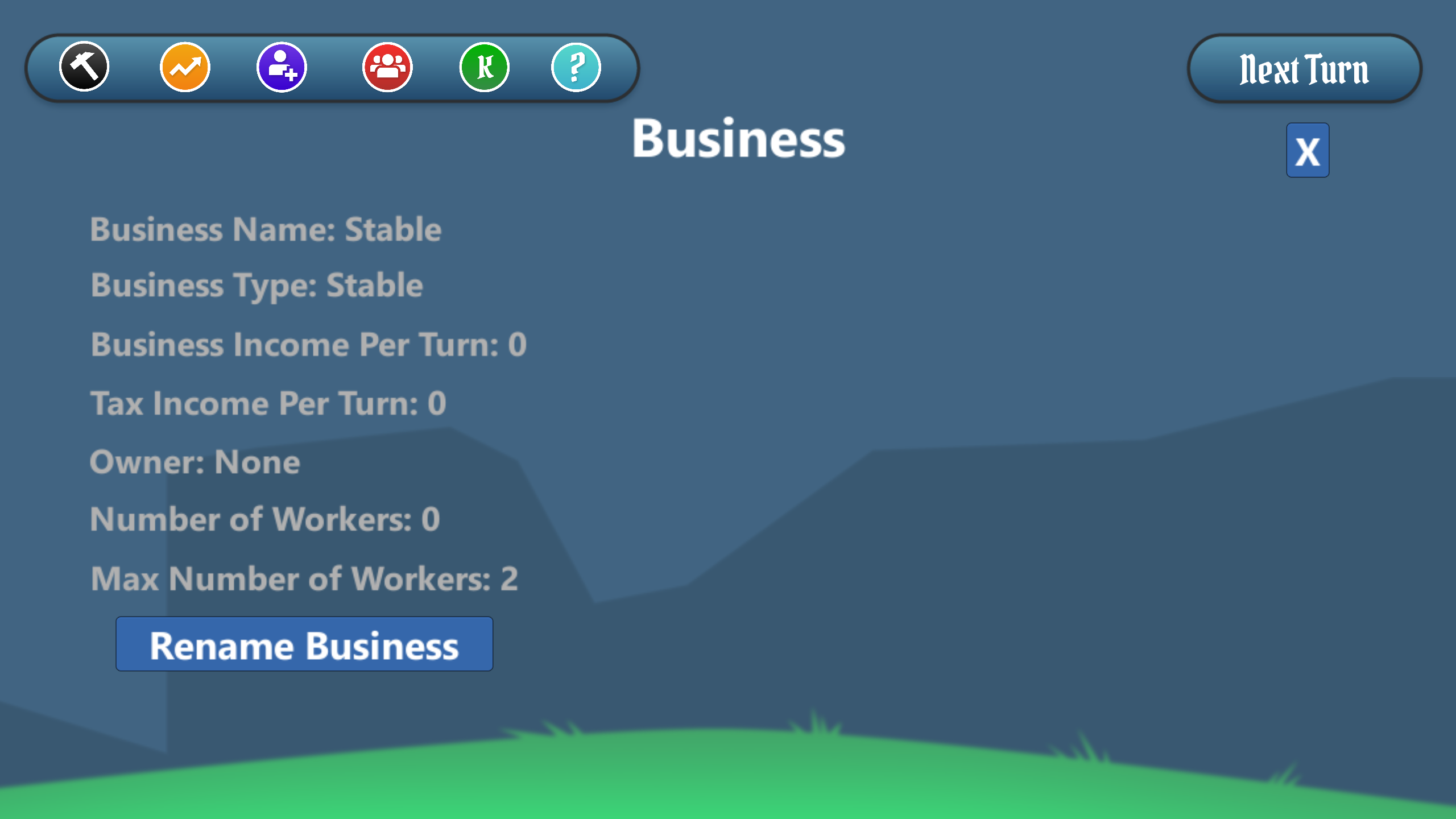 But here's the new business panel, with different layouts of icons for workers based on the business type! 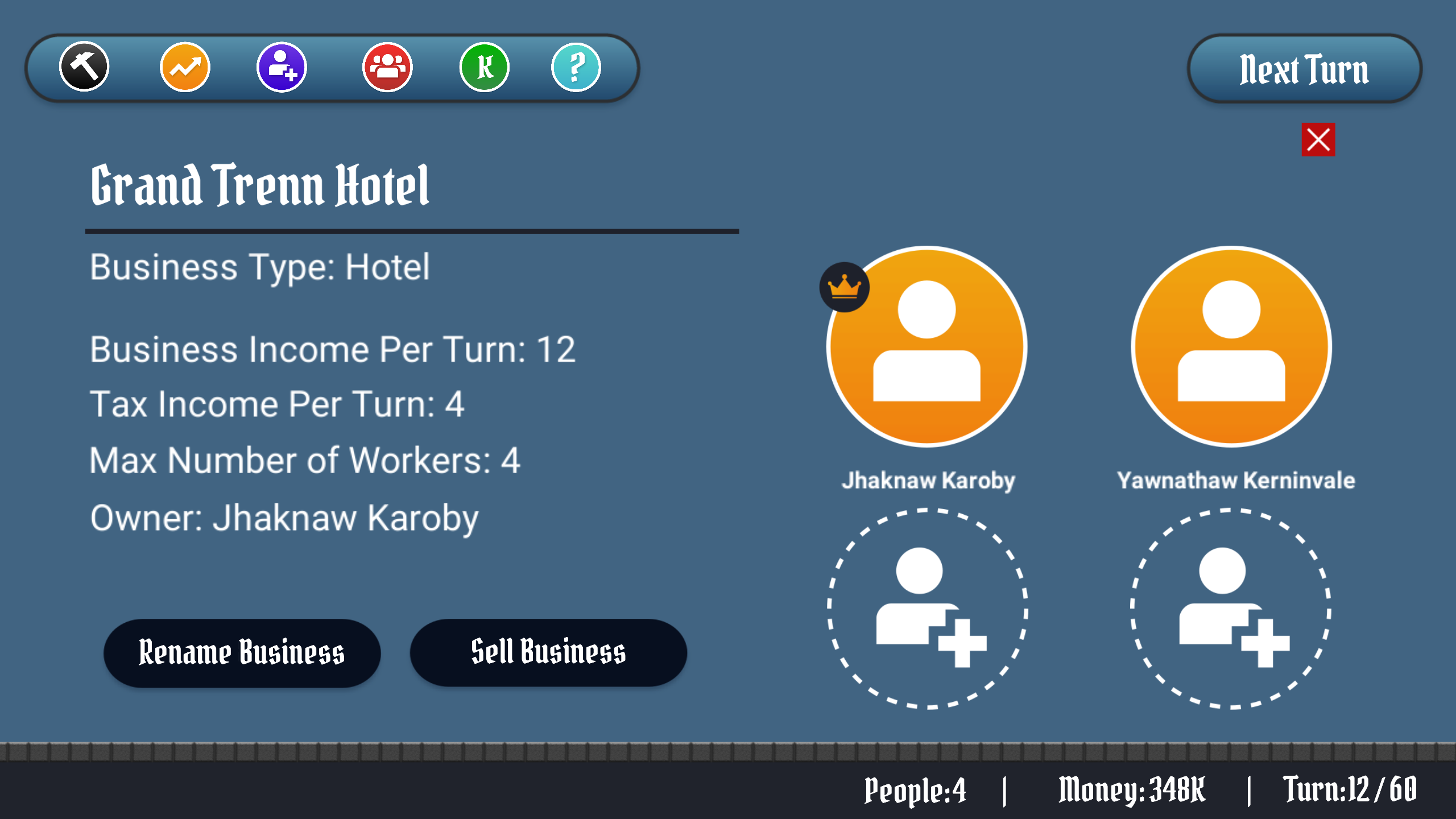 In addition to the business info panel updates, which we're not 100% done with just yet (a few more tweaks are coming!), here's the other changes from the log that have made it into v0.41...

Bugfix: when citizens move out of the town from unhappiness due to lack of funding on certain categories, there was an issue with not re-assignment business ownership. This is corrected.

Bugfix: When citizens move out due to lack of funding, there was a memory issue that would cause failures further into the game, and this has been fixed. Now, multiple people may move out once the culmination of negative effects has increased enough across turns.

Bugfix: one scenario resulted in the infinite playing of building build sounds if hitting the escape key and not assigning a business a name. This is corrected so sounds should only play once.

Bugfix: when moving the owner of a business to another business, sometimes the business from which they were moved would not receive a new owner if one was available - this has been fixed.

The world market behaves more erratically once it reaches negative rates of return less than -5%, sometimes entering longer lasting market depressions. Other times, the market will have a big positive spike recovery.

Business income on each business type has been re-adjusted, and overall all business now earn more per turn.

Additional visual tweaks have been made to the world market screen, adding a divider, centering text, and a change of font.

The build screen has received font changes on each building type.

The fonts have been changed on the Expenses panel.

All help text widgets on the Build, Expenses, and Market panels have been updated to the new style.

The business info panel appearance has been updated with a new design layout.

Expenses have been adjusted. All categories but Military now have only the option to have no spending, or spending 1K per turn. This will be further adjusted later in favor of some additional changes to the expense system.